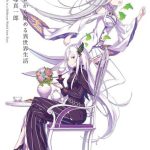 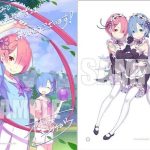 ◎ Interview with Shinichiro Otsuka is recorded. The essence of the design is approached by posting the initial character design rough, the transition until the design is completed, and the cover illustration rough of the first volume of the Bunko.
◎ Impression revives again. Includes a paperback illustration of the contents of “Chapter 4” drawn in the second period of TV animation.
◎ Various illustrations such as package illustrations drawn in the first and second OVAs of the first TV animation are included.
◎ The second edition is also a premium specification that includes “1 bonus novel” in “Special Box drawn by Shinichiro Otsuka” in addition to “Art Book”!
◎ The bonus novel (320 pages) includes a short story not included in the original paperback, such as a past store bonus novel, and a short story written by Tappei Nagatsuki.